The Chambers – If Walls Could Talk…

Occasionally, the opportunity arises to breathe new life into older buildings. To renovate and restore amazing structures that have stood for multiple decades, even centuries and have witnessed boom and bust, commerce and industry and, sometimes, the rise and fall of the cities around it.  Such is the case with our latest project – The Chambers – in Manchester city centre.

The Chambers is the conversion of three landmark buildings on Chapel Street, close to its junction with Cross Street, into 14 one, two and three bedroom apartments. These buildings are all late 19th Century yet are very different in their architecture and style, one features an elaborate mock Tudor facade and another carved stone grotesques.  Whilst some of the period details have been lost through decades of commercial repurposing, we have been able to preserve, restore and repair many striking architectural features to return these historical assets to their former glory.

Working with the Manchester City Archives, we’ve found historic photographs and records that detail the buildings’ former uses and occupants. We’ve also discovered several reports, interviews and news stories online which state that Joe Moss, the former manager of The Smiths, based his fashion label ‘Crazy Face’ at 13 – 15 Chapel Walks in the 1980’s and it was here that he met Smiths guitarist and co-writer, Johnny Marr who worked in clothes store  ‘X Clothes’ next door.

A few years ago a rare recording of The Smiths, allegedly rehearsing at 13-15 Chapel Walks pre-record deal, surfaced on line and was tweeted by Smiths drummer Mike Joyce. You can hear the recording below.  Dubbed ‘The Pablo Cuckoo Tape’ a pseudonym given the source close to the band who made the recording, it captures raw early versions of some of the tracks that ended up on their 1984 debut album, including ‘Hand in Glove’. And, Frankly Mr Shankly, we think that’s rather amazing.

You can view the full history of the buildings on our new hoardings at 5 – 17 Chapel Walks in Manchester City Centre or via our new brochure, which will be available at the development launch later this month. Call 08000 141 901 for more information or use the enquiry form on this website. 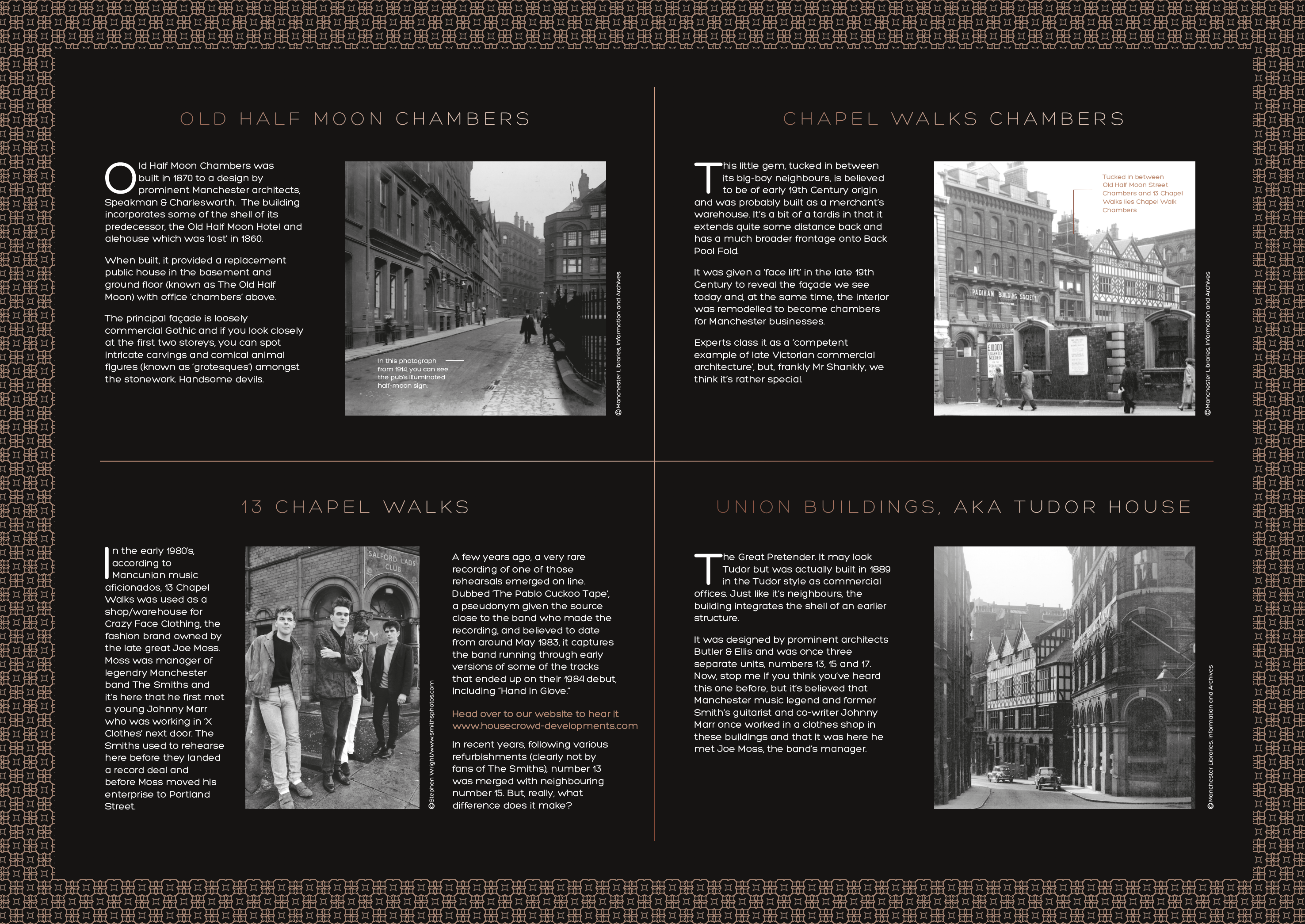